What is a Fitbit? How Does a Fitbit Work?

Living a sedentary lifestyle is becoming a norm in the society as just about everything have been made too comfortable with the improving technology.

Ranging from the desk job, sitting comfortably on the sofa and watching TV or surfing the internet, the introduction of elevators to replace stairways and other improvements in technology that have made everything relatively easy for us.

With this comes the disadvantage of living an inactive and unhealthy life that has dangerous side effects on us. Therefore the increasing need for us more exercises along with balanced workouts and diet in order to keep our activeness up to scratch and to maintain the required fitness levels.

Owing to the aforementioned factors, there arises a need to have a good record of your workout activities in order to know where to improve and where to maintain the current pace. Fitbits are one of the devices that have been made to help ease our fitness activities.

What is a Fitbit?

Fitbits are specially made devices that collects data related to your physical activities in order to bring about steady, calculated and orderly progress in your activeness and overall well being. It keeps tab of steps, how well you sleep, help you maintain a balanced diet and can recognize a workout.

This device is deceptively simple to the eyes but packs a lot of features into it. Some can be worn like a wristwatch, and some are shaped like a clip and can be easily hanged in your pockets.

They usually come with a LED display that displays updated data on your workout progress. Making things easier is the Fitbit app, it translates your data to understandable digital and graphical format. It also keeps the record of your previous activities to aid with the improvement process.

This app works perfectly with your PC and a host of smartphones like iPhone, Samsung, tablet and latest Androids.  With the fast and strong bluetooth connectivity, you can effortlessly pair your devices for better representation and interpretation of data.

All in all, it can be said to be a 21st century pedometer with lots of technological improvements.

There exist four prominent Fitbit bands models, namely the Charge, Alta HR, Flex and Ace, which are discussed below.

It is general consensus pick as the most advanced amongst the Fitbit models and consequently the most expensive. Most of this model product is compatible with Fitbit Pay app. It comes with two bands of varying sizes tagged as small and large.

The charge model boasts some scintillating features such as GPS tracker, exercise detector, music control, counting of floors climbed, activity and health tracking (heart rate monitoring), touchscreen and water-resistant. For ease of accessibility and general comfort, you don’t need to look past this model.

It is the next in terms of technological advancement after the charge model. The HR in the title stands for its outstanding heart rate monitor. It boasts an effective sleep tracking device and a vibrating alarm that boozes around your arm silently to wake you up at the stipulated time. The Alta HR also shows text and calls notifications as well as calendar reminders once they pop up on your smartphone. It is also widely accepted as the models that offers the maximum return on investment.

Also, there is the Alta fitness band (not to be taken for the Alta HR). The only notable difference between the two Alta models is the absence of the heart rate monitor and the lowly sleep tracker in Alta band. Apart from this two features, they share virtually all other properties. Both Alta models are not totally water-resistant, hence should not be used for swimming.

It is the most common and popularly known Fitbit and the cheapest. The band displays the notifications for calls and text once they pop up on your phone, it automatically detects exercises, totally waterproof and can used for swimming. It also does all the basic things the Fitbit does like step tracking.

It is specially designed to suit kids eight years old and a little over. This small device can be attached to a wristband or any accessory that can be worn on the wrist. If it is connected to your phone, it will notify you of calls and text and other notifications when they pop-up.

It is splash-proof but not completely water-resistant, so it can only be worn in the shower and to the beach but should never be worn for swimming. 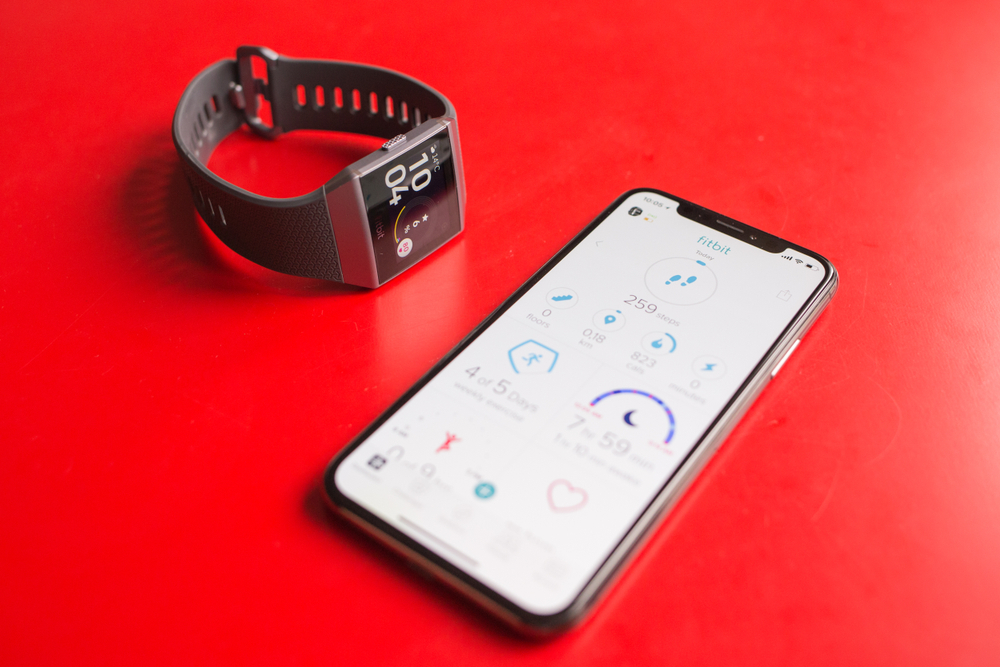 How does a Fitbit Work?

As it has been earlier stated, Fitbits at the very least track steps. While some variety of Fitbit models have been looked into possessing varying features such as automatic detection of well-known exercises, sleep tracking, heart rate monitoring, each having the minimum requirement for step tracking.

There is also the Fitbit downloadable app on your smartphone and PC, for ease of usage and accessibility of data. You have the option of adjusting your goals and if choose a Fitbit with GPS, then you check your route and other GPS related parameters.

Fitbit have also made provisions for some of the exercises that it cannot detect automatically like Yoga. You can include the exercises on the Fitbit.com or the app.  With exercises added, you can easily add goals for all of the exercises, in respect to distance and time.

An accelerometer is specifically employed for this parameter. The very reactive accelerometer to motion, collects the movement data and translates it into its readable and understandable digital correspondence. With this, a Fitbit easily keeps track of steps taken, sleep quality, calories burnt and distance covered.

Fitbits are equipped with a special algorithm which searches for motions which shows when a person is walking or static. Though this algorithm is not perfect as it counts steps when you are driving or riding your bike on a bumpy road and the required motion threshold is met. So users have to be careful not to be misled by those simple errors.

An altimeter is used specifically for this parameter. The altimeter detects movements in a vertical trajectory. With this, the Fitbit is able to track your movement in an elevator or during mount climbing. Before the Fitbit can record a floor in you movement upward, you must have covered close to 10 feet.

Another algorithm is employed for tracking sleep quality and duration. This algorithm assumes you have started sleeping if it does not notice any movement for more than an hour. If you have your Fitbit in the sensitive mode,  virtually all movements during your sleep will be noted as restless time. But in normal mode, it will record only notable movements like rolling over.

The only flaw in this algorithm is that, if one remains idle on the bed for over an hour without notable movements, you will be recorded to have been asleep even when you are awake.

Fitbits models like Alta HR incorporate a PurePulse sensor. This sensor makes use of LED (light emitting diode) lights which reflects on the skin for detection of changes in the blood volume and speed.

This measurement is not final and the absolute as its accuracy have often been debated.

Other Useful Activities That Can Be Carried Out With A Fitbit

The Fitbit incorporates bar code scanners, meal shortcuts, calorie estimators and a large food database that can be used to assist you in keeping tab of every calorie you take. For someone that is dieting a Fitbit with this feature will come handily.

It works just like a stopwatch but notably better. It gives the precise starting and finishes time for activities. Using a flex model as an example, you need to set your Fitbit in Exercise mode. For you to time track, you need to tap your Fitbit rapidly on its window until it starts beeping two lights. To stop the tracker at the end of the activity,  you just tap the Fitbit rapidly on the window again until it starts flashing 5 lights.

The importance of watching your heart always cannot be overstated and shouldn’t be limited to only workout periods. Some Fitbit models incorporates a heart rate monitor that notes the smallest changes in your blood volume and speed, making it possible to keep you in check in your resting period.

It is without doubt that the Fitbit is a fun device to have. Very simple as it may seem to the eyes, it offers a lot of astounding features to help improve your fitness and general wellbeing. Add to it the variations in style and design, you will surely find one that suits your needs.

How To Pay Someone With Apple Pay?

Steps to Take if Your Computer is Consistently Running Slowly

How to Protect Yourself When Downloading Torrents